Jaguars vs. Jets: TV viewing map for Week 9 on CBS

Can you watch the Jaguars vs. Jets game on Sunday afternoon? Sure, but not if you live in Tampa.

Share All sharing options for: Jaguars vs. Jets: TV viewing map for Week 9 on CBS

The Jacksonville Jaguars are back after a bye week to take on the New York Jets in Week 9 and while the game won't be shown farther south than Orlando, it will still be offered in Tallahassee (yay!) and in South Georgia and a small part of South Carolina. 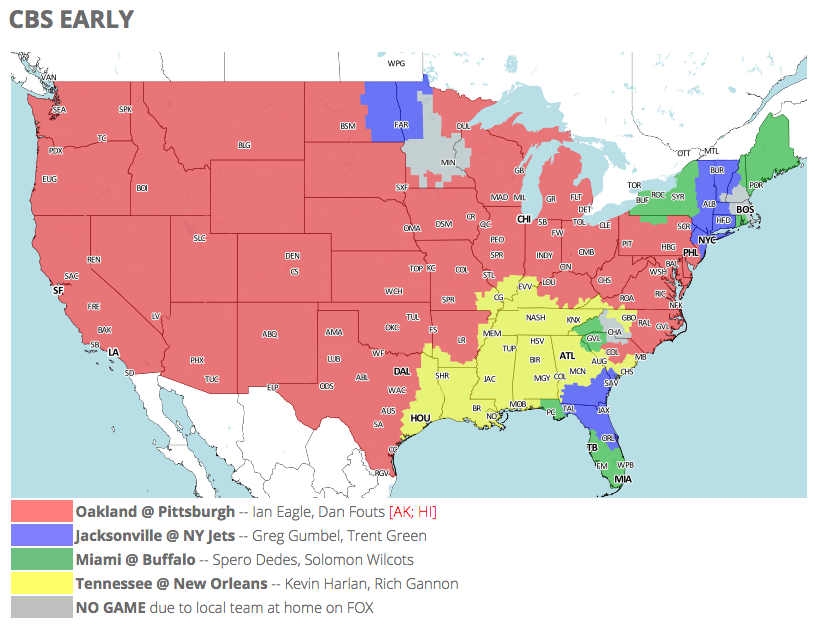 Thanks to 506 Sports for the easy-to-read map. The blue represents markets where the Jaguars-Jets game will be on and the coverage window isn't bad, although having the game in Tampa Bay would make this perfect.

The announcing for Jacksonville's game will be handled by Greg Gumbel and Trent Green. Those two announcers haven't handled a Jaguars game all season and I can only imagine it's because the Jets, a team with the largest market from the early games on CBS, are involved. That and the other games in the early part of the day just aren't that good.

Jaguars vs. Jets: The most important game of the year (so far)