Jaguars vs. Chargers: What happened on that Blake Bortles interception?

At the end of the second quarter, the Jaguars were down 14-9 and driving for points before halftime. And then Blake Bortles threw his 13th interception of the season.

Share All sharing options for: Jaguars vs. Chargers: What happened on that Blake Bortles interception?

Jacksonville Jaguars quarterback Blake Bortles had a relatively good game against the San Diego Chargers, especially considering he was forced to throw the ball 49 times. It was the first time all season he's had higher than a 60% completion percentage when throwing at least 40 times this season and only the second time he's done it in his career. And it's just the fourth time in his career he's thrown one or less interceptions when he's attempted at least 40 passes in a game.

But what makes his turnover against the Chargers so bad is when he threw it and not so much how he threw it, although it was a poor read. 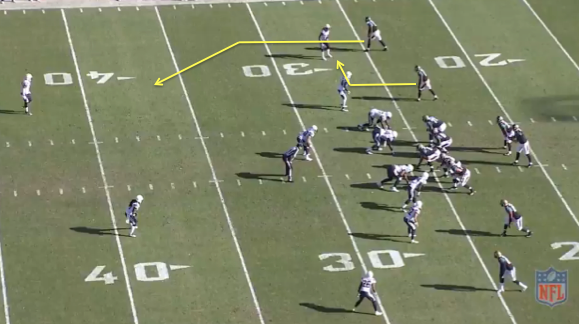 It's a simple route combination. Rashad Greene is going to drag the inside cornerback to the sideline, taking the defender out of Bortles' throwing lane for Allen Robinson. 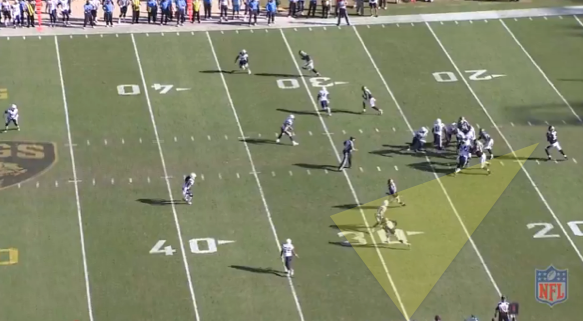 The first read is to the left, where Clay Harbor is on the inside and Allen Hurns is on the outside. Harbor is running a similar route as Greene and Hurns is mirroring Robinson, but Bortles never intends to go to this side of the field. He's already looking elsewhere before Harbor or Hurns make the second move on their routes. It's a decoy to (hopefully) draw the Chargers defense to the opposite side of the field as where he intends to go.

It doesn't work on Manti Te'o. 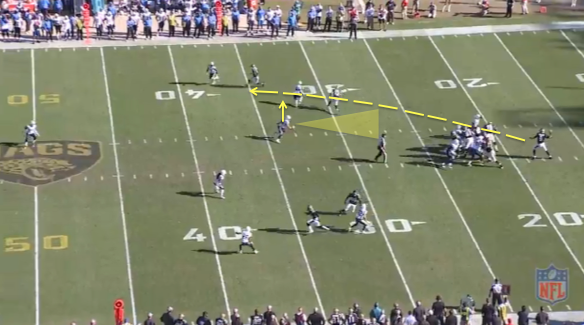 Te'o stays with Bortles and sits underneath the entire play. He's watching him the entire time. He didn't bite on the decoy read to the other side of the field and he doesn't move out of position and he breaks on the play quickly.

A bad throw and an athletic play 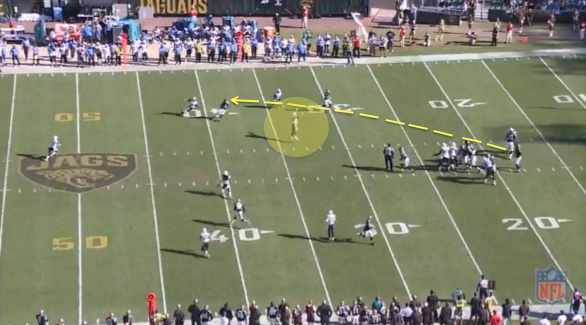 Like I said, Te'o breaks well on the ball and makes a really athletic play. Bortles threw behind Robinson, so even if Te'o had budged to the right, this pass was going to be incomplete. Overall, it was a bad read, a poor throw, and a really good play by Te'o. The Bermuda Triangle of Jaguars.

Here's the full play in its entirety.

Jaguars vs. Chargers: No reason not to win