Can you watch the Jaguars take on the Colts in Jacksonville for Week 14? (Shocker: Two teams with 10 combined wins gets very little TV coverage.) 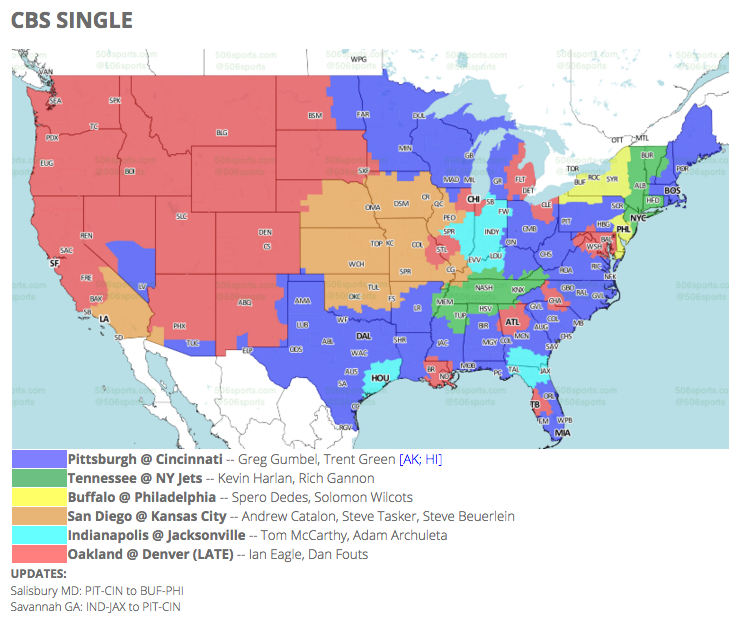 Thanks to 506 Sports for the easy-to-read map. The light blue represents markets where the Jaguars-Colts game will be on. (Really, Orlando? You're showing the Pittsburgh Steelers vs. Cincinnati Bengals?)

Surprisingly, Tampa Bay opted to show the Oakland Raiders vs. Denver Broncos game where two AFC West teams faced each other. Southwest Florida has rarely shown any Jaguars games at all this year so I guess they'd be hard-pressed to show a game between two teams that have only combined for 10 wins this year.

The announcing for Jacksonville's game will be handled by Tom McCarthy and Adam Archuleta. They've handled a number of Jaguars games this season, so I think it'll actually be a well-called game.