Can you watch the Jaguars host the Falcons in Week 15? If you live in Georgia, sure.

Share All sharing options for: Jaguars vs. Falcons: FOX TV coverage for Week 15

The Jacksonville Jaguars are hosting the Atlanta Falcons in Week 15 and the game is on FOX, but it will only be shown in Georgia and North Florida. 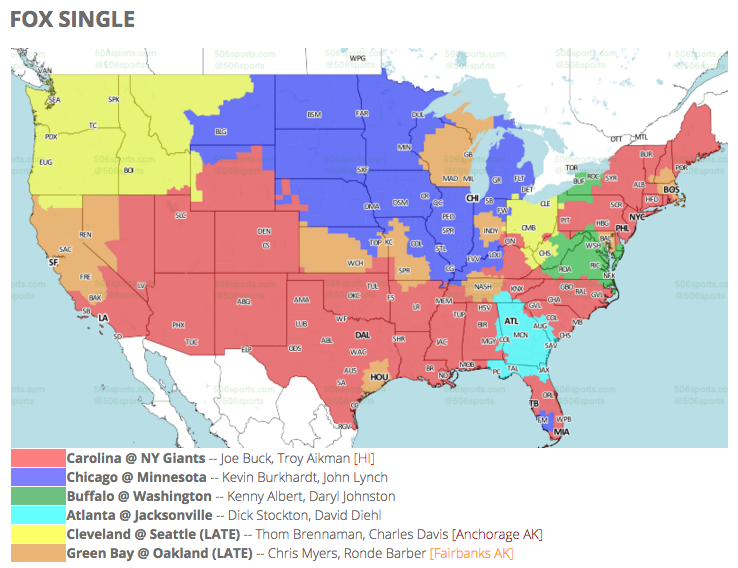 Thanks to 506 Sports for the easy-to-read map. The light blue represents markets where the Jaguars-Falcons game will be on. Thanks again for showing the game, Tallahassee!

Surprisingly, Orlando opted to show the Carolina Panthers vs. New York Giants game. Yes, because Blake Bortles in the thick of a playoff hunt and one game out of the AFC South lead is less entertaining than a Panthers team that is going to hurt Tom Coughlin's Giants in unspeakable ways.

The announcing for Jacksonville's game will be handled by Dick Stockton (strong name) and David Diehl. I don't think they've done a Jaguars game all season, so it should be fun for those of you who aren't at the game.

Jaguars vs. Falcons: The run begins on Sunday