Can you watch the Jaguars take on the Saints for Week 16? It's our biggest Sunday TV coverage yet!

The Jacksonville Jaguars are traveling to play the New Orleans Saints in a game that might have 20 touchdowns... but only if Drew Brees can play. (Just kidding, it doesn't matter who we go against.) 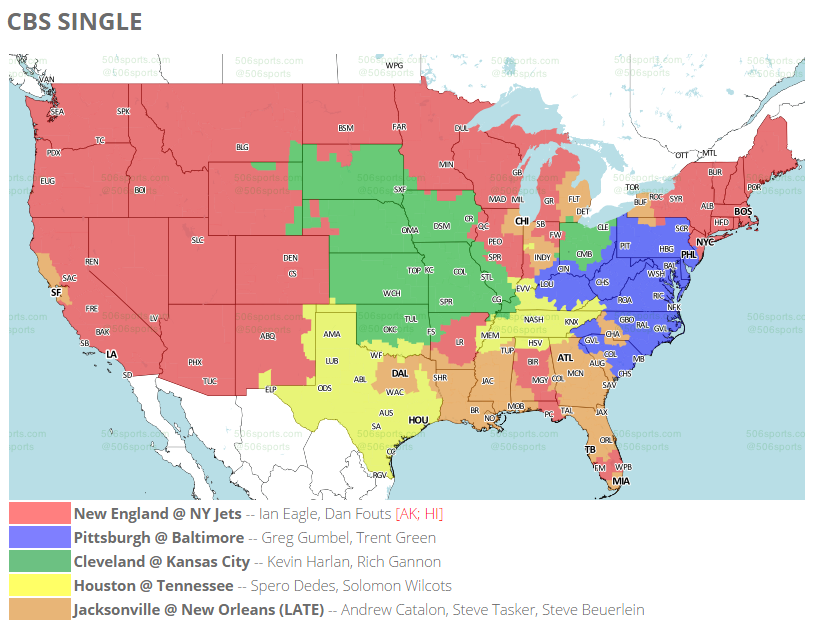 Thanks to 506 Sports for the easy-to-read map. The orange represents markets where the Jaguars-Saints game will be on. (Almost all of Florida is showing the game.)

I don't know why parts of Michigan and the Midwest are showing the game. You're welcome, Indiana? Maybe because of the playoff implications. But if the Tennessee Titans can't beat the Houston Texans in the early game, it'll all be for nothing, won't it? Sigh.

The announcing for Jacksonville's game will be handled by Andrew Catalon, Steve Tasker, and Steve Beuerlein. They've handled a number of Jaguars games this season, so I think it'll actually be a well-called game.

Jaguars vs. Saints: Everything you need to know for Week 16