Can you watch the Jaguars take on the Titans in Nashville for Week 13? Hey, a decent TV coverage map!

The Jacksonville Jaguars are traveling to play the Tennessee Titans in Week 13 and the TV coverage map returns to Orlando and the rest of Central Florida! 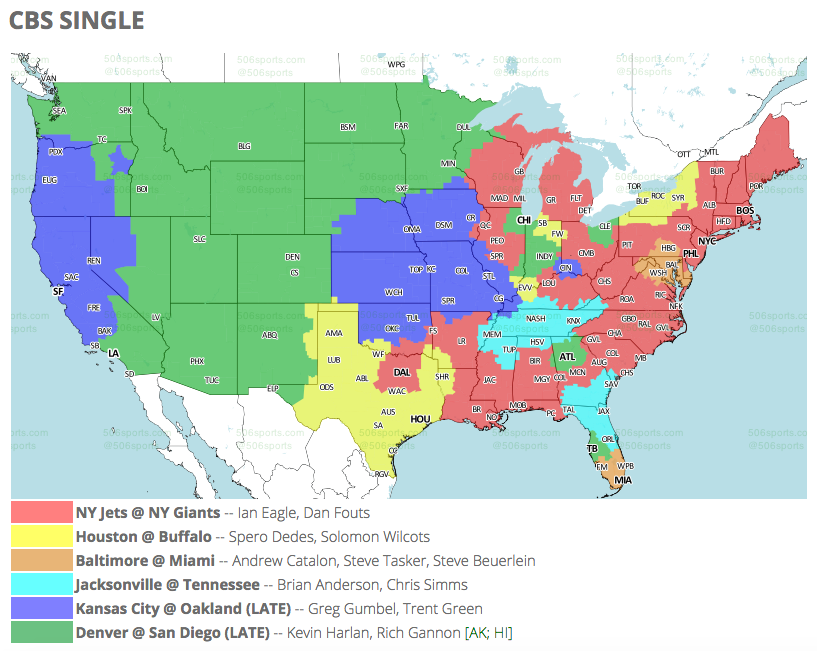 Thanks to 506 Sports for the easy-to-read map. The light blue represents markets where the Jaguars-Titans game will be on. (Thanks again for showing the game, Orlando!)

Surprisingly, Tampa Bay opted to show the Miami Dolphins vs. Baltimore Ravens game. Southwest Florida has rarely shown any Jaguars games at all this year so I guess they'd be hard-pressed to show a game between two teams that have only combined for six wins this year.

The announcing for Jacksonville's game will be handled by Brian Anderson and Chris Simms. I don't think Anderson and Simms have called a Jaguars game yet this year, so it should be fun watching them (likely) confuse players with one another.

Jaguars vs. Titans: We haven't swept the Titans since 2005