The Jaguars graded out as third out of four AFC South teams overall, with tight end and defensive line leading the pack.

The Jacksonville Jaguars claimed third place in the AFC South last year, and although they added some talented veterans who are good at their respective positions, Madden NFL 16 developers still don't think they're going to do much better in their division this year. 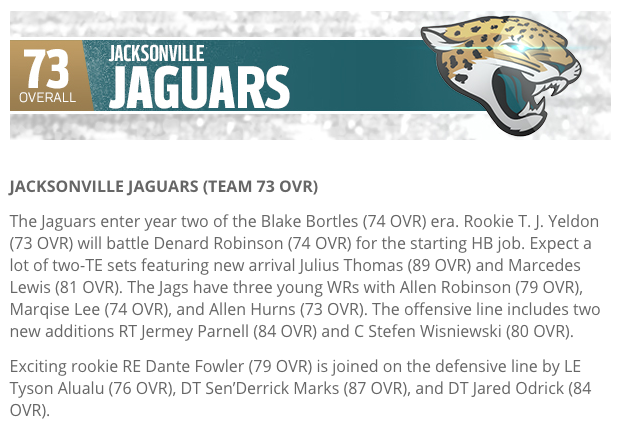 It's interesting that Denard Robinson is ahead of rookie T.J. Yeldon, and that Blake Bortles is considerably lower than Marcus Mariota. I'd imagine that as the season progresses and both of their ratings improve in real-time, this overall rating will get closer to the Texans.

What do you think of EA Sports' overall analysis of the Jaguars?