Jaguars free agent recap: So what happened on Day 1?

The first official day of NFL free agency was a flurry, so let's go over what the day was like for the Jacksonville Jaguars.

Share All sharing options for: Jaguars free agent recap: So what happened on Day 1?

The first official day of NFL free agency is officially in the books and it was an up and down day for the Jacksonville Jaguars. As the day creeped closer to the official start of the new league year, news about potential signings started flowing fast and furious and when the clock struck 4 p.m. EST, the flood gates opened. It was expected that the Jaguars would be aggressive for some of the top tier free agents, and they were, but they didn't hit as many of the top guys in free agency as fans hoped. Overall, I would still say the Jaguars had a good day in free agency on who they got, but who and how they missed on some others also was kind of a gut punch.

Who did the Jaguars add?

The first domino for the Jaguars to fall in was former Denver Broncos defensive lineman Malik Jackson. It's clear he was the Jaguars priority signing this offseason and they made sure to get him to the tune of a six-year, $85.5 million deal. Jackson was ranked by many outlets as the No. 1 available free agent available and the Jaguars hauled him in, so you can't really complain much about that. They had their top target and they got him.

How they missed Vernon 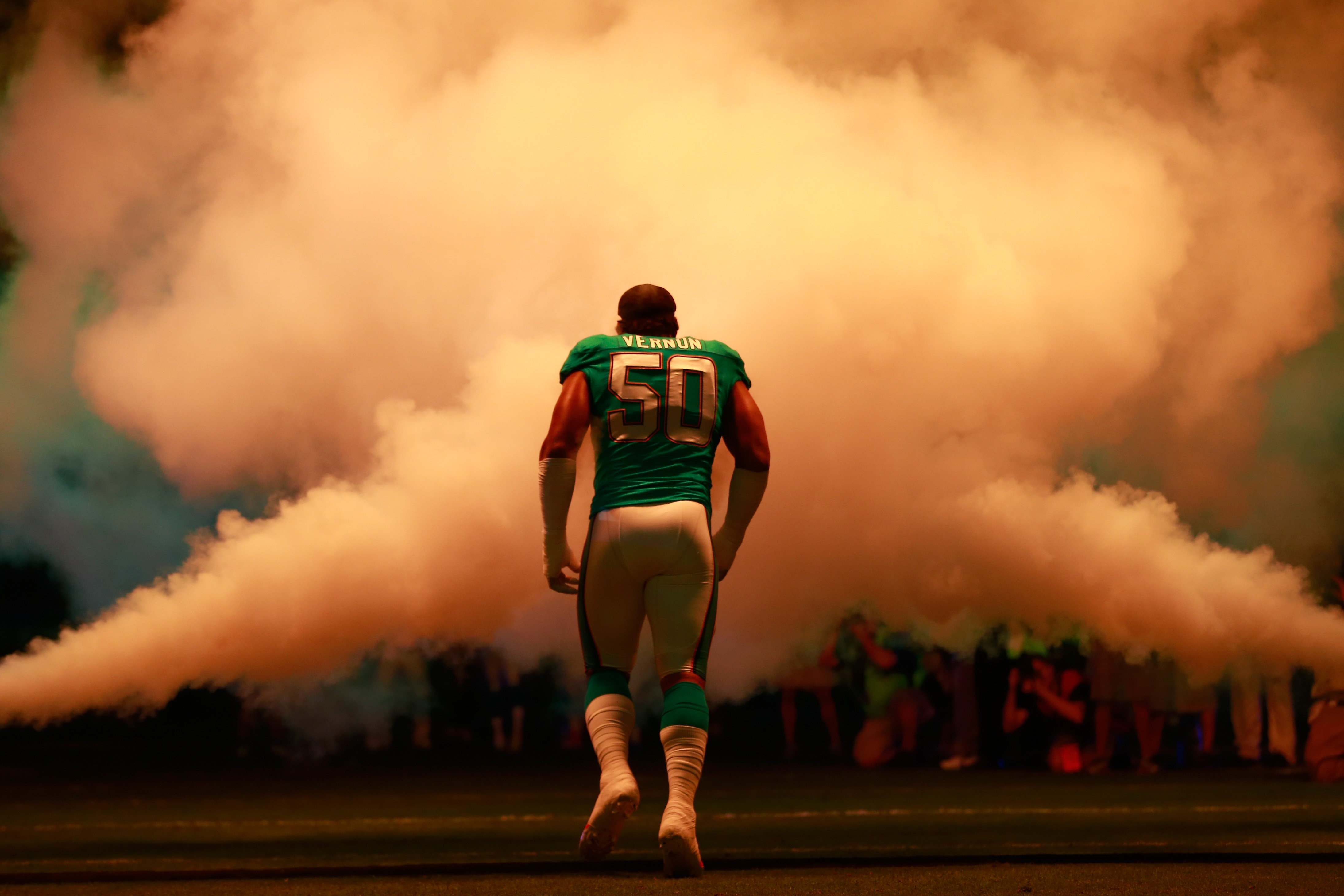 The Giants signed Olivier Vernon to an $85 million contract after the Jaguars were favored to get him all Wednesday. How did that happen?

The next one to fall was running back Chris Ivory, which is someone I thought would be a great fit for the Jaguars prior to free agency. Some people have complained about his price tag because it's "starter money", but in reality the price is irrelevant because it's likely to end up being just a two-year deal when all is said and done. He's a good compliment to T.J. Yeldon and they'll likely share carries.

The third big piece the team was able to secure on Wednesday was free safety Tashaun Gipson. He was a player a lot of Jaguars fans were high on and I was a bit hesitant to because of his recent injuries, but when healthy he's a really good player. The Jaguars obviously think he can get past those injury concerns and inked him to a five-year deal and hopefully shoring up that tricky free safety position that has been such an issue... really since Deon Grant left years ago.

Who did the Jaguars lose out on?

The big fish that got away obviously was Olivier Vernon. I won't go too into detail on the situation because Ryan Day has more on how it went down, but the Jaguars took their swing and they missed. When the transition tag got pulled from Vernon by the Miami Dolphins, it made signing him for the Jaguars that much more difficult. They were the one team who could load up an offer Miami wouldn't match and could afford to have it sit for seven days while they mulled it over. I don't think the New York Giants would have done that, in fear of maybe not getting some of their other targets tying up that money for a week. Still, the Jaguars had the most money in free agency and let someone out bid them.

Earlier in the day the Giants beat them again to cornerback Janoris Jenkins. I don't know how much the Jaguars were in on Jenkins, but they need help at the corner position and they needed a playmaker. Jenkins would had added both.

In a move straight out of Randy Orton's playbook, the Oakland Raiders snapped up Bruce Irvin "outta nowhere" with a big, but reasonable offer. There was mutual interest between Irvin and the Jaguars, more so on Irvin's part, but it just didn't work out. The Jaguars didn't have Irvin as a priority and didn't want to get into a bidding war with another team flush with money over a guy they didn't view as a priority target. The Raiders also nabbed Sean Smith, who I'm not sure the Jaguars were ever in on, but nonetheless was a position of need for the team.

Then, in a move most of us considered a good one to miss out on, the Tampa Bay Buccaneers snapped up J.R. Sweezy on a five-year deal, leaving the interior offensive line options a bit slim pickings for the Jaguars if they still want to address it in free agency. I think the Jaguars lucked out here, because I don't think Sweezy is very good, but they still need some help on the interior.

So what happens next?

With the Gipson signing saving the first day from being a total disaster, the Jaguars now need to be aggressive after the second wave of free agents. The team's biggest needs headed in the free agency were an edge rusher, a safety, a corner and an interior lineman. They still need three of those. I would expect the Jaguars to be very active, at least in being linked with players, through the end of the weekend and then maybe step back and take a breath.

There are still some players who can help them out on the market and it's likely they'll still have to over pay for them. They've already been linked with Robert Ayers, who's visiting the Buccaneers and then the Dolphins. Chris Long can be someone who helps the team, if he can come back from his injuries, but the Jaguars are at the point where they need to take some gambles. Someone like Prince Amukamura, while not an ideal "fit" for what the team looks for in a corner, would be an upgrade and give the team some more flexibility in the draft.

I think the Jaguars definitely upgraded their roster on the first day of free agency, but in the end it felt disappointing because of who they missed out on, regardless of the money involved.