It's officially free agency #szn when you start analyzing who a top prospect is following on Twitter. Let the madness begin.

It's been rumored the Jacksonville Jaguars will be after Seattle Seahawks linebacker Bruce Irvin in free agency next week and he's adding fuel to that fire by following Dante Fowler, Allen Hurns, a handful of fans (and us) on Twitter.

Then he started following us.

And now this morning he's following a number of players, reporters, and fans. 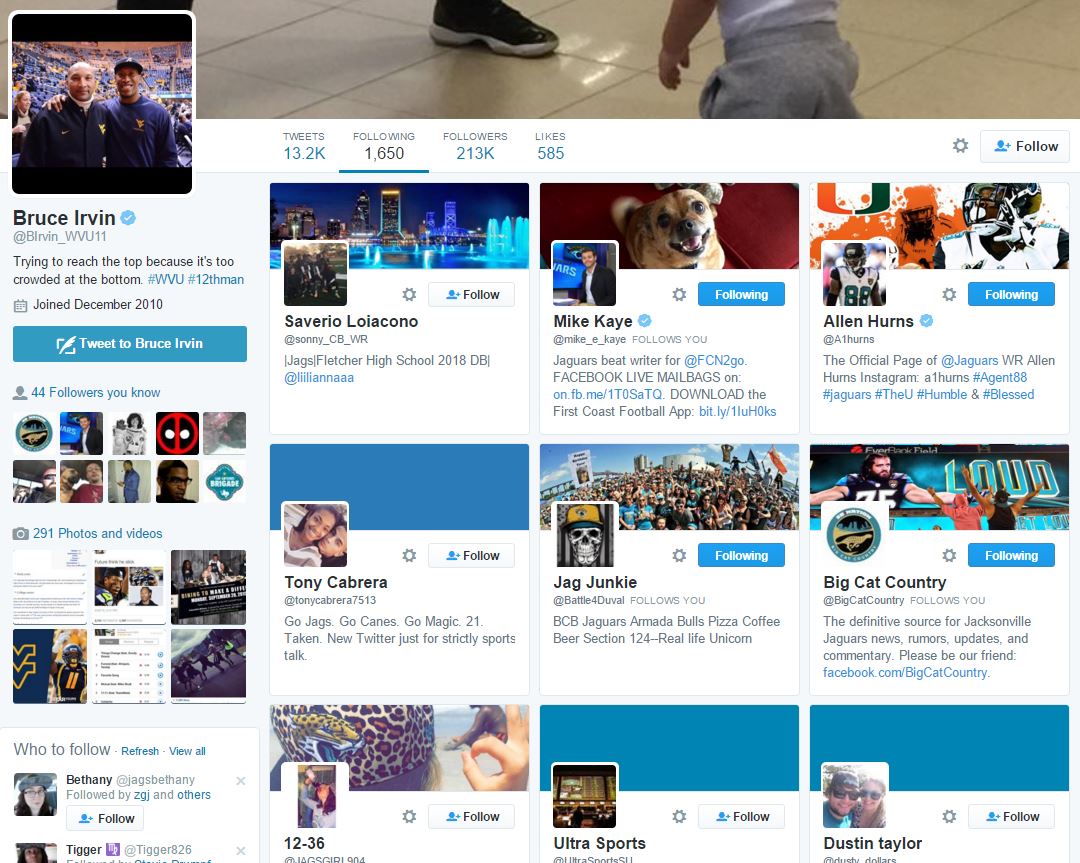 Irvin could slot right into the OTTO/SLB role on the Jaguars defense as an overall upgrade and a pass rusher on obvious passing downs. Irvin can play the run and is good enough in coverage. It's expected he'll end up with either the Atlanta Falcons or the Jaguars, both of which are coached by his former defensive coordinators.

Does it mean anything has been finalized? No, not really. Could it be a new free agency tactic and a way to build public support for a signing that everyone knows is all but signed on the dotted line? Possibly.

Will Bruce Irvin get boat loads of cash to come play the OTTO linebacker position in Jacksonville? Stay tuned.