Jags Owner Should Watch the Sopranos 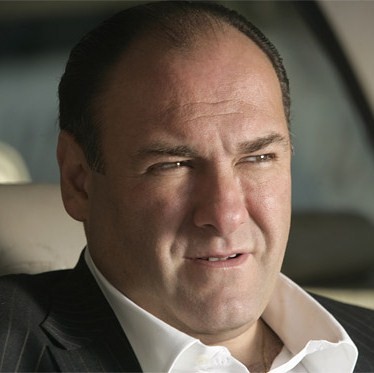 Who am I? Where am I going?

If you haven't seen The Sopranos, I will save you any spoilers. Tony asks himself this question both in a dream, and upon waking from the dream. His wife then repeats the same phrase in Paris when looking at the lights of the Eiffel Tower, a nod to the bright light Tony had seen in his Kevin Finnerty dream.

Long story short: we are lost as a franchise and have been for quite some time. Our fate will not change unless we change our ways. Otherwise, we're doomed.

In other words, even as underdogs, on average we are 4.2 points worse than Vegas expects us to be per game.

We have never won, or been in, a Super Bowl. We have zero players or coaches in the Hall of Fame.

Our current losing streak of 19 games in a row is tied for the 3rd-longest in NFL history.

In a modern salary cap era, I'd argue that 20 in a row is harder to do. But, we can still go 0-17 this season and establish an unbreakable 32 in a row.

We are the worst franchise in the NFL.

How Did We Get Here?

I'd probably lose anyone reading this if I were to go back through every misstep from the beginning, or even make you relive Gene Smith's tenure. Let's just say trading #16 and #49 to move up and take Blaine Gabbert at #10 was a misstep. Perhaps waiting until the preseason to release David Garrard, and then throwing rookie Blaine to the wolves was also bad. That's just the start of Gene's list.

The Gene Smith era was well-documented here by Alfie Crow. And BCC also covered its ripple effects in 2016.

We built a historically good defense, but did so in a very unsustainable way.

7 Free Agents who cost money and would prove hard to retain.
5 Jags draftees who would eventually force their way out, not be re-signed, be traded, or have legal troubles and "retire".
The only players left from the 2017 defense that played any meaningful snaps are Myles Jack and Dawuane Smoot.

Dave Caldwell drafted 8 players in 2013. None of them are currently in the NFL.

In addition to the Draft issues and very public disputes with players cited above, we have simply mismanaged the roster and had no clear vision or direction.

I really hope a) Lawrence stays healthy, b) he's good, and c) we re-sign him one day. We haven't had even a remote semblance of stability at the QB position since David Garrard's days. And let's not forget: he was unceremoniously released during the 2011 preseason.
We also had Tom Coughlin causing all sorts of problems, including with the NFLPA. Among other transgressions, we fined Dante Fowler 25 times for over $700K for missing "mandatory" treatments that were not actually allowed to be mandatory.
This is what the NFLPA wrote in a letter to players:

In the last two years, more than 25% of the grievances...have been filed against the Jaguars. You may want to consider this when you have a chance to select your next club.

Yikes.
This does not include other annoyances that make our franchise likely the worst.

I won't pile on, but the Khans W-L record on the field speaks for itself.

The results on the field speak for themselves. Entering the 2018 season, a lot of people were taking the over on 8.5 wins for the Jaguars, and for seemingly good reason.

But Doug Marrone, Nathaniel Hackett, Scott Milanovich, and Todd Wash proceeded to lose 7 in a row as the team and locker room imploded into itself.

The additions of Urban Meyer and Trevor Lawrence at the same time brought so much optimism, and only time will tell whether it is warranted or not.

Where Are We Going?

Nobody knows where the Jags are going, but if I learned anything from watching The Sopranos that I could impart to the Jaguars it's this:

If we don't change our ways, then our fate is already decided (last in NFL).

We will continue being the worst franchise in the NFL unless we change our ways. The 2022 Free Agency and Draft process cannot be the same old story of bringing in the wrong talent. And time will tell if Urban Meyer's "health" allows him to coach next season, or if we even will want him to.

2022 Draft analysis underway, and it's October 3rd. We've seen this before.